Pete Johnson was working in the lab late one night, so our eyes can behold an eerie sight, from the rollers table the monsters began to rise, and suddenly to my surprise I was able to score a box from Tobacco Plaza. So from my effin caddy at the beach, I was able to light one up for review. The question remains though, will this be a Monster mash or a graveyard smash??

For the last 3 years Pete Johnson has released in limited numbers the Monster Series. The first was The Frank, the second was The Drac and this year The Face which is in reference to Leatherface. According to the newly redesigned Tatuaje Cigars website, The plan is to sell 666 limited edition boxes of 13 to 13 retailers on the 13th of Oct. and have 1300 plain boxes of 10 sold the week of Halloween to my top 130 retailers. So if you did not score one of the collectibles there is still hope. I pulled a review cigar from one of the plain boxes where the cigars come in cello and the collectors box does not.

I am basing this review on two cigars from two separate boxes (one of which was the collectors box, the other was not), both of them were close enough to the same on my palate that I opted not to burn a 3rd stick on this limited edition cigar.

Appearance and Construction: One look at this cigar and you can see that Pete Johnson has a creative mind. The cigar which has a leather like appearance features a band made from a secondary tobacco. My one knock is that the tobacco band is a little too high up on the cigar and is difficult to smoke through. The Mexican wrapper has a lot of little magnesium spots on it which makes it intriguing to me. The stick has a nice weight to it and no soft spots to the touch. The Face has a slightly shaggy foot and and an interesting “pimple” cap. All in all this cigar isn’t that pretty to look at but when you factor in that is a tribute to Leatherface it is iconic to say the least.

Flavor & Notes: Prior to cutting the cigar I was delighted to find a nice chocolate like aroma from the wrapper and foot, and once we were cut the cold draw notes were of earth and a subtle sweetness in the background. After the cigar was lit it begins to show it’s strength and if memory serves me correct this is the strongest Monster series cigar to date. In the first third there are notes of pepper but only through the nose, while the cigar reveals some leather, cedar, and a subtle sweetness which is not yet defined. As we enter the second third of the cigar that sweetness becomes a defined chocolate note that for me is synonymous with a Mexican wrapper. The notes of cedar also get stronger and a slight cinnamon is detected as well, especially through the nose. The final third the strength is really in your face, but its not in a bad way either if you like a full bodied cigar. The notes are a mix of leather, cedar and nuts with a nice licorice on the finish making this a really well rounded enjoyable cigar.

Smoking Characteristics: On the Tatuaje website, Pete gives this cigar 4.5 out of 5 in terms of strength and by the second half of the cigar I am in agreement. The nicotine of the cigar really kicks in and these would be best enjoyed after a nice meal. The cigar itself lights easy thanks to the shaggy foot, and it burns incredibly even. The medium to dark color ash didn’t hold on for more then an inch to inch and a half but does that really matter? The draw was superb and the amount of smoke produced wasn’t overly abundant but it did provide a nice aroma.

Conclusion: The Halloween sticks from Pete are always hard to get, but the last 2 years I lucked out due to some local shops being part of the unlucky 13. The first cigar I smoked was from the collectors box and the second cigar I smoked was from the box of 10 and it was the one I used to actually write the review. Is this the best cigar of the series, I am sure that will be debated by many, and as for me The Frank would still be my choice. I asked Pete on Twitter what next years cigar will be and he told me, “next year is the wolf. For the wolfman and the werewolf. Torpedo stronger blend shaggy foot.” You can bet that I will try to get a hold of those too. Kudos to Pete for making a larger release so that more people can get these to smoke, even if the collectors box remains as a limited edition.

Notes: Thanks to Danny and the crew at Tobacco Plaza for calling me when these came in. As a semi regular customer to his store, it is imperative we support our local Brick & Mortar Tobacconist.   As always the typo’s and spelling mistakes have been left in this review for your amusement. 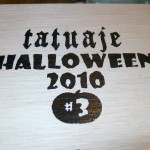 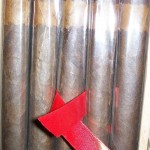 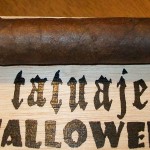 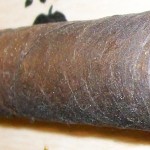 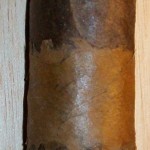