Cigars and Celebrities in the News

In this article, we take a look at celebrities who enjoy cigars and have appeared recently in the news. Today, we feature Rihanna, Arnold Schwarzenegger, and Michael Jordan. It’s refreshing to see that some celebrities enjoy cigars simply because they enjoy cigars – regardless of what other people think of them. The following are some great examples.

Rihanna seems to be getting it right these days. Finally learning how to relax, she seems very much at ease with a cigar between her fingers.  I know that there’s a rastaman standing next to her in the picture but I’m pretty sure it’s not a spliff. Seems like Rihanna has good taste in luxury tobacco.

Arnold Schwarzenegger is in the news again. No, it doesn’t have anything to do with any illegitimate children. This time, he’s catching some flack for having a cigar at an Austrian Airport.

Austria is threatening legal action – but not to worry though, there’s no treaty between Austria and theU.S.that requires Arnold to answer Austria. And besides, Arnold says that the Cigar wasn’t event lit.

Via The AU Hype

For Michael Jordan, it is cigar time! And he picks a Cuban Partagas Lusitanias.double corona.

“Man, I smoke cigars every single day,” he enthuses without a hint of confession. “I love all types of Cuban. “As a matter of fact, when I get off the phone to you, I’ve got one sitting right here that I’m gonna get back to.”

He knows how it’s perceived. But, in a life lived in the glare of public scrutiny, it’s a treat he obviously cherishes at the expense of popularity polls.

Jordan was thrilled when golfing mates and fellow smokestacks Miguel Angel Jimenez and eventual champion Darren Clarke were front and centre at the recent British Open.

At 48, here is a man who has every right to chill, cigar in hand or not.

Via The Herald Sun

I wonder what type of cigar Justin Beiber enjoys… 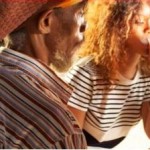 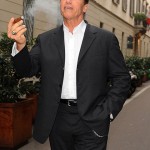 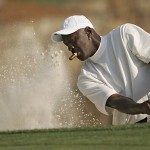