If you use social media, or read cigar blogs chances are you already heard about Four Kicks by Crowned Heads. If you haven’t then you must not be a true cigar geek like me and my fellow twitter-holics. In case you fit this bill, Four Kicks is by Crowned Heads a company started by former employees of CAO. The company which features Jon Huber former marketing genius for CAO follows many of the same promotional ideas used in the past. Before the brand was launched there was T-Shirts, Stickers, and Baseball Caps. In fact, you can win one of those caps by leaving a comment at the end of this review.

The cigar is made in the Dominican Republic for Crowned Heads under the watchful eye of EPC Cigars at Tabacalera LaAlianza. Ernesto Perez Carrillo has seen a lot of success, fast since he began he own label after a similar buyout but the Scandinavian Tobacco Group. One can say this was a match made in heaven as both have a similar past.

Appearance and Construction: The Ecuadorian Habano wrapper on the Four Kicks feels a bit coarse with a few veins present although none of them stand out too much. There are some oils present and the roll of the cigar is perfect right down to the cap. The foot is well packed, with a nice dark tobacco bunching which is dead center. There is a nice weight to the stick with no soft spots. The band uses red and gold and it reminds me a lot of the Saint Luis Rey band is tapered on one end which makes it real easy to remove when the time comes. 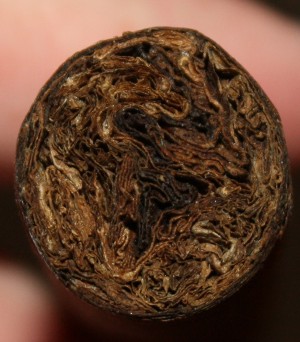 Flavor & Notes: Once I clipped the cigar I took a cold draw from the Four Kicks by Crowned Heads and was treated to notes of earth and nuts. The foot of the cigar had a wonderful sweet molasses to the nose. A classic pre-light experience if you ask me. Once the cigar was lit, there was some subtle spices, citrus bordering on lemon extract, and a wonderful sweetness. As we progressed into the first third there was a nice citrus note that was dominant for the first inch or so before submitting to notes of wood, and molasses.  As I smoked the second third of the cigar I noticed the pepper slightly more than in the first third especially through the nose. The wood notes became the focal point with a sweet finish that continued to remind me of molasses. The last third of the cigar gets a bit heavier in body and turns it up a notch in strength. The wood notes become a well defined oak, some leather notes come into the mix but the finish of the cigar holds on to the sweetness that was the dominant note throughout the cigar.

Smoking Characteristics: Does it get any better than the construction of cigars coming out of Tabacalera LaAlianza? The cigar had a perfect draw with a slight resistance the way it should be. The cigar also had a perfect burn. This doesn’t mean it was always razor-sharp but it always self corrected when it got slightly off-center. The solid ash was light in color and held for half the cigar. The aroma of the smoke complimented the notes which helped make this an easy cigar to dissect. .

Conclusion: One can’t help but compare cigars. It is human nature, to see how they compare to another. I happily state this cigar stands on its own. There is no hint of CAO and there is no hint of EPC. The cigar has it’s own identity and that is of a cigar that is simply incredible. It easily falls into my top 5 of the year and I will smoke it again when it is time to figure out Cigar of the Year. The cigar which is limited to 30,000 in the first release is only available at 66 retailers, and that makes tracking them down a bit difficult. I managed to get mine from Buckhead Cigars. The effort is worthwhile, because this cigar definitely lives up to the hype. 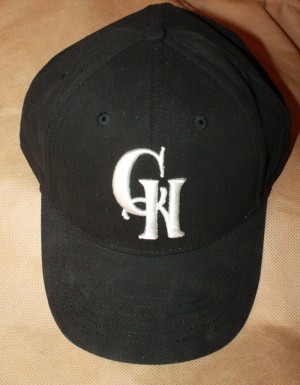 Leave a comment below to win a baseball cap of the Crowned Heads logo. Deadline to enter is 1 pm Eastern Time Thanksgiving Day. Winner to be announced on Black Friday.