Membership in the J.C Newman Connoisseur Club and One for a Friend!

The Cigar Connoisseur Club by J.C. Newman is a group of loyal, dedicated cigar smokers and knowledgeable retailers that savor in the experience of smoking a quality cigar. It is a member’s only organization that is designed to celebrate and reward customers that enjoy the brands offered by the J.C. Newman Cigar Company and membership has its perks.

Every membership fee includes a donation to the Cigar Family Charitable Foundation. This non-profit organization, which is funded by cigar lovers like our Club Members, has raised over $10,000,000 to date (and growing) to build schools, a health clinic, and a complete complex in the Dominican Republic. To learn more about the Cigar Family Charitable Foundation please visit www.cf-cf.org. 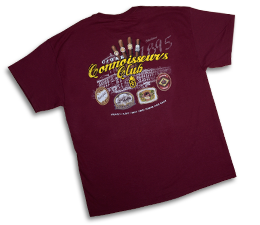 Tiebreaker will be total points scored by the New York Jets and whether Ryan is fired before midnight Sunday 12/28  Yes/No!